Waxahachie, TX - The Waxahachie ISD Board of Trustees voted Monday evening to hire Shane Tolleson as the next head coach of the Waxahachie Indians football program.

Coach Tolleson joins Waxahachie ISD from Denton Ryan High School, where he spent seven seasons as the defensive coordinator. During Tolleson’s time at Ryan, the team went 90-10 and had the longest winning streak in school history. The team won the state championship in 2020.

“Waxahachie ISD is excited to see what the Indians football program will achieve under Coach Tolleson’s leadership,” said Dr. Bonny Cain, Waxahachie ISD Superintendent. “Coach Tolleson and his family will be a great addition to our district.” 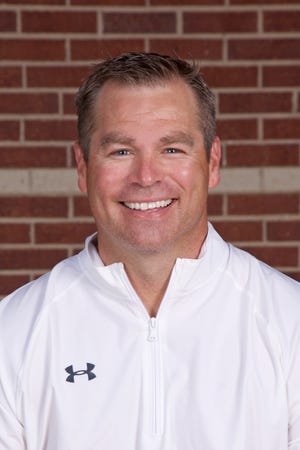 “Coach Tolleson’s coaching style and ability to mentor students will be a huge asset to our district,” said Dusty Autrey, Waxahachie ISD Board President. “We are excited to have him here and look forward to seeing how he will lead our football program.”

Tolleson is a believer in the value of community, having come from a small town and graduated from Corsicana High School. He and his wife, Katie, a special education teacher, are looking forward to becoming a part of the Waxahachie ISD community and raising their children, Kade and Keylee, in Waxahachie.

“When looking for a head coach, we sought people who not only have the ability to win games, but to make an impact on the lives of our students,” said Greg Reed, Waxahachie ISD athletic director. “We believe Coach Tolleson has the ability to take our football program to the next level.”

“Football has positively impacted my life, and I am thankful that this profession has blessed me with the opportunity to play a role in changing the lives of young people,” Tolleson said. “I seek to find value in every child I meet, just like my coaches found in me.”