Waxahachie High School students build beds from scratch, to help those in need

Waxahachie, TX  - Before the weeklong annual Spring Break, the Waxahachie High School construction students went all out and began building bunk beds for those who are in need of a bed.

The project first began with the interest Curtis Green, the construction technology teacher at WHS, had in one organization in particular.

“The organization is called Sleep in Heavenly Peace. They’re an organization that began in like 2002 in Twin Falls, Idaho. I was on Facebook, and Mike Rowe had a show on Facebook called ‘Returning the Favor.’ In their second season, they did a story on Sleep in Heavenly Peace ... and after that story aired in February of 2018, I saw the episode and I was like, 'I can do that,'” shared Green.

According to its website, Sleep in Heavenly Peace believes a bed is a basic need for the proper physical, emotional, and mental support that a child needs. When it was brought to their attention that the need for beds went far beyond organizers' own neighborhoods, they stepped up and took initiative, answering the call to a national problem.

Green then took the initiative to find a local chapter of the organization and got connected with Fort Worth Chapter President Bruce Crenshaw.

“So I reached out to Sleep in Heavenly Peace, and the only active chapter in our area was in Fort Worth. So I started volunteering with them on my own personal time, and shortly after that series aired, there was a SkillsUSA, a student organization we use here in the school, was doing a bed build in California with a lot of SkillsUSA chapters," Green said. He wondered, if they can do that there, why can’t we do that here? 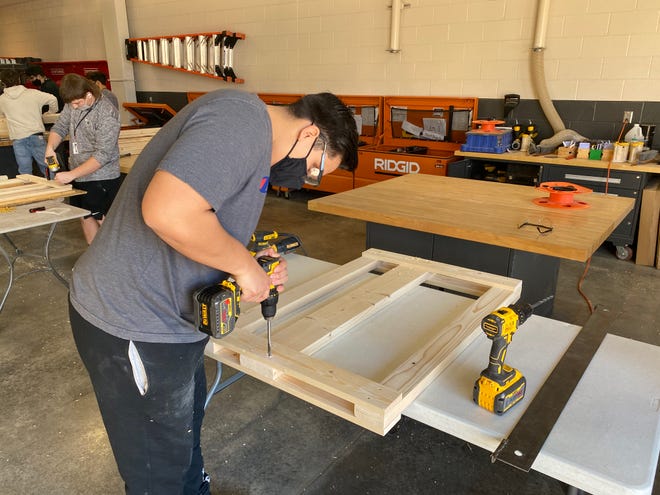 Taking the initiative, Green began building beds with the help of WHS students, combining both of the construction classes and buying the materials needed.

“Once we had the money in our activity fund to be able to purchase our material, and Lowe’s gave us a 50 percent discount — so we didn’t have to spend full price for all the material — we started moving forward once we could,” Green said. “We have enough material to build 10 bunk beds, and I put out a call to some of my social media, to some of my friends, that my class was going to be building these 10 beds and we could use some bedding. A lot of my friends from across the country went online and ordered a set of bedding and had it shipped to us. So we have enough bedding and beds. We just need mattresses at some point.”

Once Green reached out to friends, one of them donated materials for the students to build even more beds. Now, the students are working to build 30 bunk beds, equaling 60 beds total, he said.

“We haven’t finished yet because there’s so many beds to build. We have enough material to build 30 bunk beds. We’re getting close to being finished; we should be finished this week,” Green said. “The Sleep in Heavenly Peace chapter in Fort Worth right now has requests for over 250 beds, and we’re only going to provide them with 60. So there’s still a big need out there.” 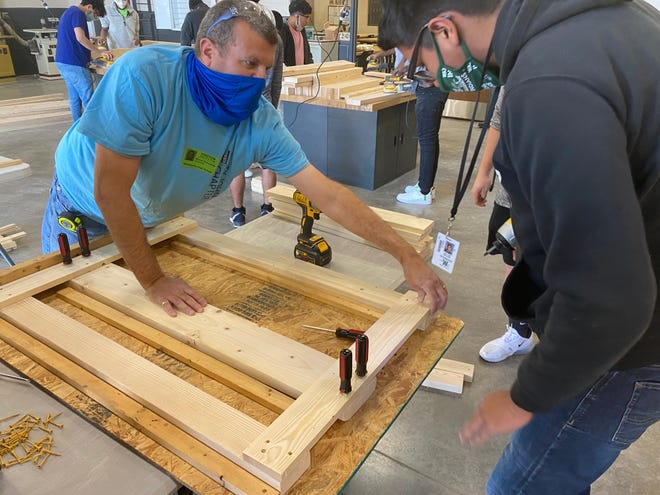 “This is going to a noble cause. To kids that don’t have a bed or nowhere to sleep in,” said WHS senior Marco Gonzalez, who has been in Green’s construction class for two years. “We’re making an impact in their lives and helping them get something that they’ve probably never had before.”

Although he has yet to officially decide, Gonzalez is thinking about going into construction management.

The WHS students have been moving quickly with the project. “We’ll have them all built and ready to stain and brand by the end of the week," Green said.

To learn more about the organization Sleep and Heavenly Peace and its mission, visit https://www.shpbeds.org/ .